Jesper Tøffner is a danish self-taught cinematographer, and member of DFF (The  Danish Association of Cinematographers) In 2018 he was awarded by the association with the  “Klukprisen” an award given to a cinematographer who excel in their field of work.

Among his latest work is a fictional biopic  MEDIEVAL/Jan Zizka  telling the story about the 15th century legendary Czech general Jan Zizka, starring o.a. Ben Foster and Sir Michael Caine, This is a Czech / US co-production shot in, and around, Prague.

This just after he finished the WW1 drama  A WAR WITHIN  (2018) a co-production between Denmark, Germany and The Czech Republic. prior to this he DP'ed Ole Bornedal’s THE WAY TO MANDALAY  (2018) and Thomas Vinterberg's  THE COMMUNE  (2016).

THE COMMUNE was selected in Competition for the Golden Bear at the 66th Berlin Film Festival, and Jesper was nominated  Best Cinematography  by The Danish Academy Award (2017).

Jesper has made the cinematic concept on various  series  for both tv and streaming, among others, the first Danish Netflix Original series  THE RAIN  (2017) directed by Kenneth Kainz.

His first feature film  APPLAUS  directed by Martin zandvliet (2009) won the Label Europa Cinemas at Karlov Vary International Film Festival. In 2011 he shot  DIRCH, the most seen feature film in Danish cinema that year, and he was nominated for Best Cinematography in 2012 by The Danish Academy Award. 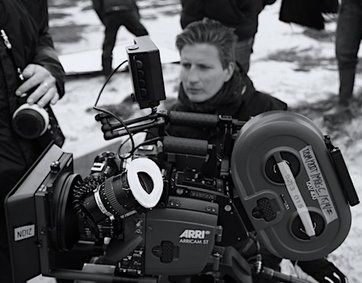